The former president of South Africa P.W. Botha was appointed to office as Prime Minister of South Africa from 1978 to 1984, and President from 1984 to 1989. In that time he always refused to make any concessions to the blacks.

Bantu peoples began migrating across sub-Saharan Africa from the Niger River Delta around 2,500 years ago, and arrived in South Africa in small waves setting up small villages.

By 1200 AD a trade network emerged, and the premise of a sacred leadership took hold. Then, in 1487, Bartolomeu Dias, a Portuguese explorer, became the first European to land in southern Africa.

In 1993, he received a Nobel Peace Prize for his work in ending apartheid through non-violent means.

However, it wasn’t until 1652, a century and a half after the discovery of the Cape Sea Route, that the Dutch East India Company founded a station at what would later become Cape Town.

The Dutch used the port primarily to transport slaves from India, Indonesia and Madagascar to be used as laborers for the colonists.

After the British seized the Cape of Good Hope area in 1806, Cape Town soon became a British colony. Many of the original Dutch settlers (the Boers) as well as some Flemish, German and French interests moved north to found their own republics.

The discovery of diamonds (1867) and gold (1886) spurred additional wealth; speculators poured in and that unfortunately intensified the subjugation of the native inhabitants.

The Boers continually resisted the growing British encroachments, but they were defeated in the second Boer War (1899-1902) – a lengthy conflict involving large numbers of troops from many British possessions.

Eight years after the Second Boer War came to an end the Union of South Africa was created from the Cape and Natal colonies. By 1931 the union successfully gained independence from the United Kingdom, and in 1934 the United Party was formed, as the South African Party and National Party merged to form reconciliation between Afrikaners and English-speaking “whites.” 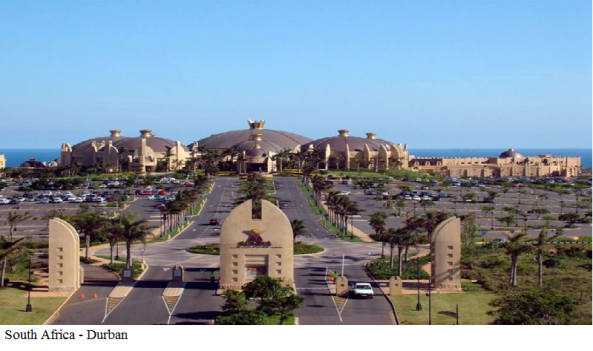 The Union entered World War II as an ally of the United Kingdom, subsequently dividing the party down the middle (as the National Party strongly opposed this decision).

At wars end, the National Party was elected power, and the new government classified all citizens into three races – each with their own rights and limitations. This became known as apartheid.

In 1961 South Africa became an independent republic, but to its great discredit, the government continued its official policy of racial segregation. In 1990, after three decades of brutal racial policies and the oppression of civil rights, the South African government began dismantling their discriminative laws and democratic elections were held in 1994.

The country’s first multiracial election in 1994 was won by Nelson Mandela and the African National Congress (ANC) party. Mandela retired in 1999 and Thabo Mbeki, the deputy president, won the presidency in a landslide vote.

Mbeki easily won the election again in 2004, but in 2008, under pressure, Mbeki resigned and the Parliament elected Kgalema Motlanthe as interim president until the 2009 elections. Jacob Gedleyihlekisa Zuma was elected as the President in the 2009 general election.

Since the end of apartheid, unemployment has been very high. Many attribute this problem to the current government’s policies and failure to achieve monetary and fiscal discipline, as well as the AIDS pandemic sweeping across Sub-Saharan Africa.

On the positive side, South Africa remains a popular tourist destination, and brings in over 850,000 tourists a month (200,000 of which come from outside the African continent).

In 2010 the country became the first African nation to host the FIFA World Cup, an event that brought hundreds of thousands of visitors into the country, and successfully boosted the economy. 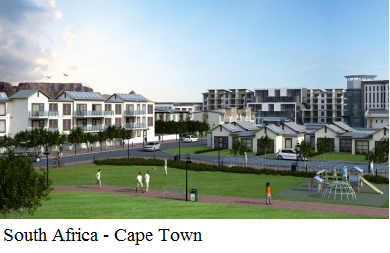