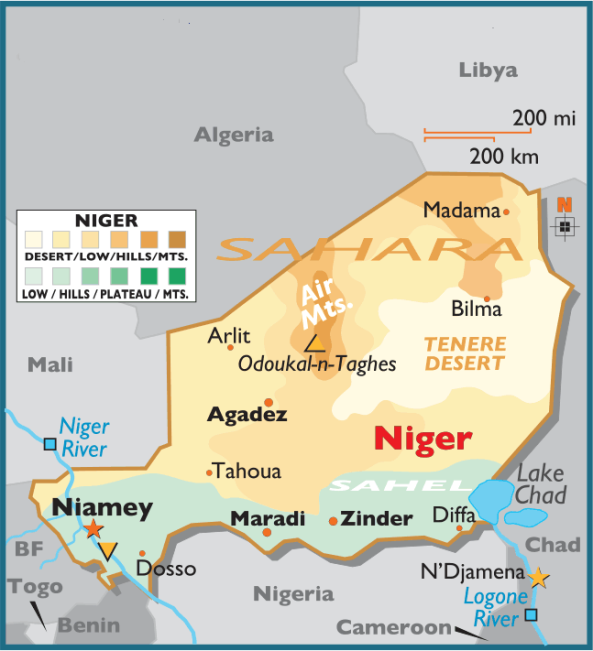 Officially the Republic of Niger, this landlocked country of Western Africa is nearly completely covered by the Saharan desert.

Little is known of Niger’s pre-history, although humans have lived in the region for nearly 2-3.5 million years.

Niger’s history begins with the expansion of the Songhai Empire in the 15th century.

Following their decline the Mali, Dendi, Gao, Kanem-Bornu, and Hausa empires claimed key areas of Niger until contact with Europeans began during the 19th century. 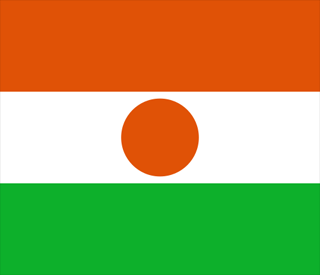 The first European explorers arrived in search of the source of the Niger River, and by 1922 Niger had become a French Colony.

The country gained independence from France in 1960 and experienced single-party and military rule under Niger’s first president, Hamani Diori. Although Diori was highly respected internationally for being a spokesman on African affairs, within Niger his administration was completely corrupt. 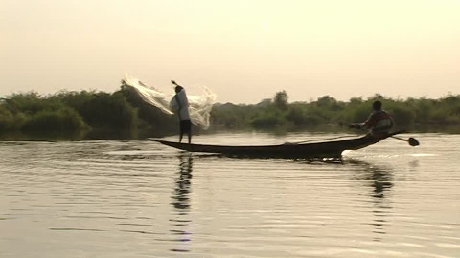 Widespread disorder plagued Niger until a military coup led by Seyni Kountche ended Diori’s rule in 1974. Following his arrest the country fell into disarray until 1991, when Ali Saibou (Niger’s third president) was forced by public pressure to allow multiparty elections, that ultimately resulted in a democratic government in 1993.

Political infighting brought the government to a standstill and in 1996, led to a coup by Col. Ibrahim Baré Maïnassara.

In 1999, Ibrahim Baré Maïnassara was killed in a coup by military officers who promptly restored democratic rule and held elections that brought Mamadou Tandja to power in December of that year. Tandja was reelected in 2004. 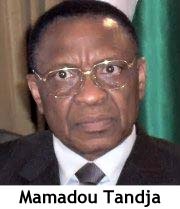 In February, 2010 a military junta was established, following a coup d’état which deposed Tandja. The country is led now by the Supreme Council for the Restoration of Democracy (CSRD).

Niger is one of the poorest countries in the world with minimal government services and insufficient funds to develop its resource base. The largely agrarian and subsistence-based economy is frequently disrupted by extended droughts common to the Sahel region of Africa.