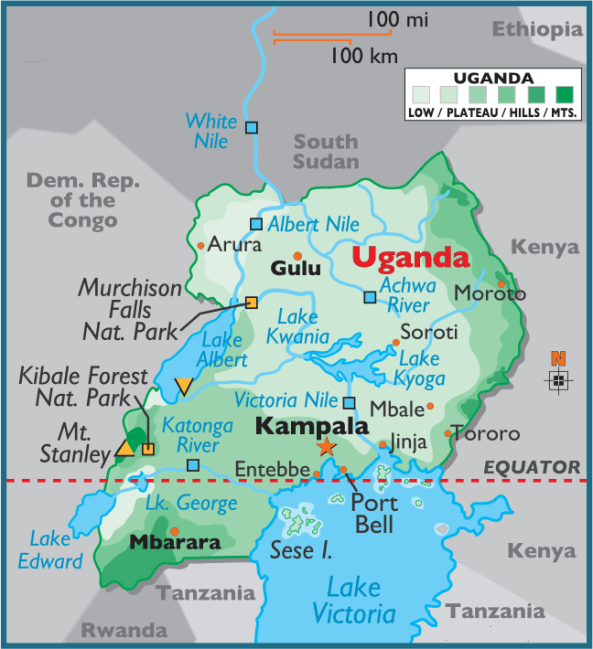 Landlocked Uganda takes its name from the Buganda kingdom, which once encompassed lands in the southern reaches of the country.

Bantu-speaking populations migrated into the southern portion of the country some 2,300 years ago bringing with them and developing iron working skills, as well as ideas of social and political organization.

During the 1830s, Arab traders moved inland from the Indian Ocean, and were followed some 30 years later by British explorers in search of the source of the Nile. 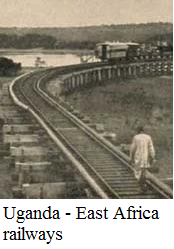 The region was placed under the charter of the British East Africa Company by the United Kingdom in 1888, and was transformed into a protectorate in 1894.

In the late 19th century, laborers were brought from British India to East Africa to begin work on the Uganda Railway, and upon its completion nearly 7,000 of those workers decided to remain in East Africa. 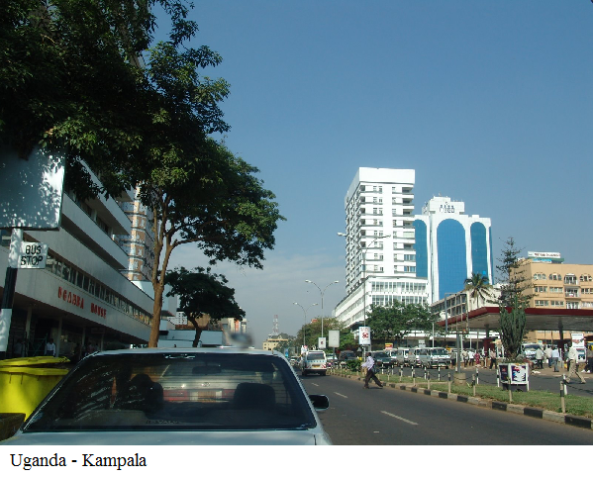 Uganda began to take shape in 1914, as several territories and tribes were integrated into one, and in 1962 the country was granted independence. The first elections were held that same year, however, over the next decade the wide range of ethnic groups and political differences in Uganda proved difficult to govern.

In 1971 Idi Amin seized power, and he ruled the country for the next eight years. His military dictatorial regime was responsible for the deaths of some 300,000 opponents. Misery continued as guerrilla war and human rights abuses under Milton Obote (1980-85) claimed at least another 100,000 lives.

The rule of Yoweri Museveni since 1986 has brought relative stability and economic growth to Uganda. He has established a philosophy of self-sufficiency and anti-corruption causing western countries to assist him in the country’s transformation.

Uganda’s constitution was amended by parliament in July 2005, to eliminate term limits, thus allowing Museveni another term in office and in February 2006, he was reelected to another five-year term with 59% of the vote.

Uganda is one of the world’s poorest countries, and its economy has suffered form devastating economic politics and instability, and in fact 51 percent of the population of the country still live slightly below the international poverty line of US $1.25 a day.

It does have substantial natural resources of minerals and untapped reserves of crude oil and natural gas, and on a positive note, reforms have been put in place and the economy has grown some.