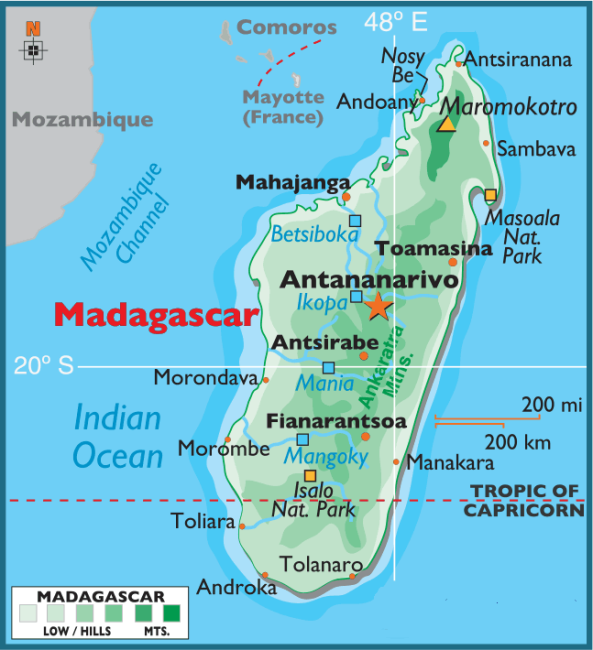 The island is characterized by its early isolation from Africa and India, and colonization didn’t begin until 200 BC through 500 AD.

Madagascar’s first wave of settlers arrived along the southeastern coast, and practiced a form of “slash-and-burn” agriculture known as tavy to clear rainforests for crop cultivation.

Madagascar’s written history begins with the arrival of Omani Arabs and Shirazi Persians in the 7th century. Trading posts were established along the northwestern coast, and the influence of the Arab culture spread. 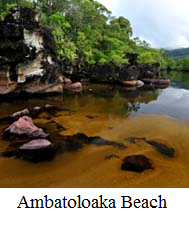 The island served as an important trading port during this time, and gave Africa a route to the Silk Road.

Europeans began arriving in the 16th century, with Portuguese explorer Diego Dias becoming the first to step foot on Madagascar, after the ship he was sailing on blew off-course. However, over the course of two hundred years, both the Portuguese and French tried (unsuccessfully) to establish settlements on the island. 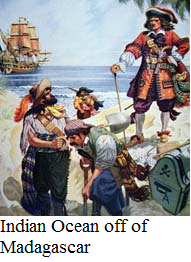 Between 1680 and 1725, Madagascar transformed into a pirate haven with such notable pirates as William Kidd, Henry Every, John Bowen and Thomas Tew using Antongil Bay as a base for their operations.

Merchant ships were plundered in the Indian Ocean, Red Sea and the Persian Gulf by said pirates. European ships were stripped of their silks, cloth, spices, and jewels, while Indian cargo ships were robbed of their coins, gold, and silver.

In 1895, France invaded and declared the island a colony. During their ruling, plantations were built for the exportation of crops, and additional school were built with education becoming mandatory between the ages of 6 to 13.

On October 14, 1958, Madagascar was proclaimed an autonomous state within the French community. This provisional government ended in 1959 with the adoption of a new constitution and on June 26, 1960, Madagascar gained full independence.

In a military coup in 1975, Didier Ratsiraka took power and ruled until 2001, except for a short period of time when he was ousted in the early 1990’s.

In the presidential elections of December 2001, both Ratsiraka and his opponent, Marc Ravalomanana, claimed victory. 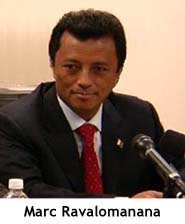 In January 2009, a power struggle began between Marc Ravalomanana and Andry Rajoelina, former mayor of the capital, Antananarivo. On March 17, 2009 Ravalomanana resigned and assigned his powers to a military council loyal to him. The military supported Rajoelina and called Ravalomanana’s move a ploy.

The European Union, along with other international entities, refuses to recognize the new government.

Two-thirds of the country’s population lives below the international poverty line of US $1.25 a day.

In 2000, Madagascar embarked on a plan of action to reduce poverty. Its sources of growth stem from tourism, textiles, and light manufacturing, and it is the world’s leading producer and exporter of vanilla.

The tourism marketing focuses on the eco-tourism with its biodiversity, natural habitats and lemurs.