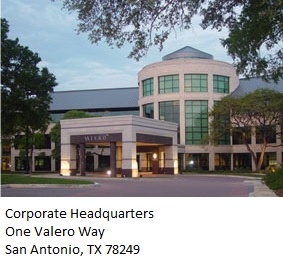 The headquarter is located in SAn Antonio – Texas and have offices in other locations listed here.

Valero’s natural-gas transportation business diversified in the mid-1980s when the company purchased a 50 percent interest in a Corpus Christi, Texas, refinery owned by Saber Energy. The operation began as nothing more than a vacuum unit and crude unit on a humble plot of land near the Corpus Christi Ship Channel. But in the years that followed, Valero assembled its “Refinery of the Future,” and through its subsidiaries added more refineries starting in 1997, with 15 plants today. Through these acquisitions, the company also branched into retail and wholesale markets, and today supplies independently owned wholesale outlets carrying the Valero, Diamond Shamrock, Shamrock and Beacon brands in the United States and the Caribbean; Ultramar in Canada; and Texaco in the United Kingdom and Ireland.

Today, Valero proudly has a workforce of about 10,000 employees and a refining throughput capacity of approximately 2.9 million barrels per day, making it the world’s largest independent refiner — tops among refiners that don’t also drill for oil. The company ranks No. 13 on the current Fortune 500 list, and is still based in its hometown of San Antonio. Valero is also a leading ethanol producer with 11 ethanol plants in the Midwest and a combined production capacity of 1.3 billion gallons per year. Valero also operates a 33-turbine wind farm near its McKee Refinery in Sunray, Texas. 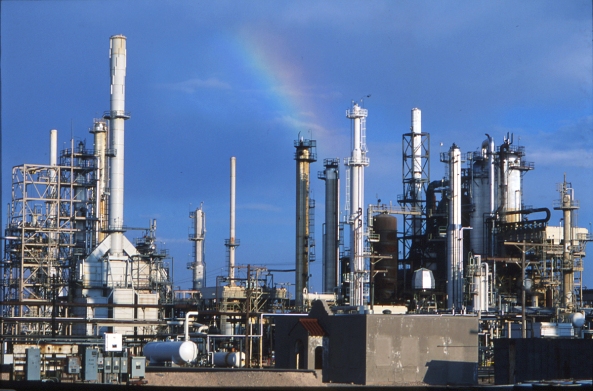 Valero maintains a strong commitment to safety and stands as one of the most recognized refiners within the federal OSHA Voluntary Protection Program (VPP). The company demonstrates its commitment to excellence in occupational safety and process safety through an intensive, detailed Commitment to Excellence Management System. And it continues to be recognized among the world’s top refining and marketing companies, and among the nation’s best employers.

In the community, Valero is proud of its legacy of support and positive outreach through an international network of Volunteer Councils. Valero Volunteers proudly dedicate more than 136,000 volunteer hours to community outreach annually. Special missions on behalf of the United Way, the National Multiple Sclerosis Society, Wounded Warriors and countless children’s charities are a source of pride and motivation for every Valero employee. Valero, its employees and its philanthropic organization – the Valero Energy Foundation – annually generate more than $38 million to support worthy charities or causes, through direct donations or fundraising, to improve the lives of those living in communities near Valero operations.